Where is your destination?

The history of Athens begins more then 3000 years ago when during the prehistoric times its first inhabitants created their first settlement on the rock of Acropolis.

It took hundreds of years until the sacred rock of Acropolis find its glory during the golden age of Pericles 495 - 429 BC with the construction of most of its Monuments like the Parthenon by the famous architects Iktinos and Kallikrates and the Sculptor Phidias.

The tour starts at the temple of Olympian Zeus (6th c. B.C.), one of the largest in antiquity and close by Hadrian’s Arch (131 A.D.), which forms the symbolic entrance to the city.

Being situated right on the heartland of mainland Greece makes getting to Meteora very easy.

This unique place offers exceptional connectivity and relative short distances to most of Greece’s major population centers, touristic places and transportation hubs. It’s the ideal destination to be used as the point of origin for daily tours and excursions to ancient Macedonian sites, Olympus Mountain, Pelion & Volos, Delphi and many other places around Greece. There are 3 main ways to getting here: by train, by bus and by car.

At the foot of Mount Parnassos, within the angle formed by the twin rocks of the Phaedriades, lies the Pan-Hellenic sanctuary of Delphi, which had the most famous oracle of ancient Greece. Delphi was regarded as the centre of the world.

According to mythology, it is here that the two eagles sent out by Zeus from the ends of the universe to find the navel of the world met. The sanctuary of Delphi, set within a most spectacular landscape, was for many centuries the cultural and religious centre and symbol of unity for the Hellenic world.

Cape Sounion - "Cape of Columns" is a promontory located 69 kilometres of Athens, at the southernmost tip of the Attica peninsula in Greece.

Cape Sounion is noted as the site of ruins of an ancient Greek temple of Poseidon, the god of the sea in classical mythology. The remains are perched on the headland, surrounded on three sides by the sea. The ruins bear the deeply engraved name of English Romantic poet Lord Byron (1788–1824).

The site is a popular day-excursion for tourists from Athens, with sunset over the Aegean Sea, as viewed from the ruins, a sought-after spectacle.

The charming and peaceful land of Argolida holds, within the bowels of its earth, one of the most important civilisations ever to see the light of day: the Mycenaean civilisation. It is difficult today to imagine the excitement of Schliemann and Dörpfeld, who with Homer as their guide, revealed one of the greatest cradles of humankind before the eyes of the whole world. The Mycenaean civilisation held dominion over this land, which was inhabited continuously since the dawn of history, and it became the leading light of the ancient known world.

Homer and other writers of ancient Greek tragedy committed their names to memories which have passed into the collective unconscious of humanity. Agamemnon and Menelaus, Danaë and Perseus, Pelops and Atreus are the apparent forefathers of all of Europe, and the birthplace of all of these historical figures, is golden Mycenae.

In the western Peloponnese, in the "Valley of Gods", lies the most celebrated sanctuary of ancient Greece, and the birthplace of the most important athletic mega-event of all times; the Olympic Games. Olympia is one of the most well known tourist destinations in Greece, and one of the most powerful brand names worldwide.

Olympia is easily accessible from other areas of interest of Greece. It is less than 4 hours away from Athens and only 1 hour from Patras port, or Kalamata airport. There are numerous daily buses and trains that connect Athens to Olympia. Another option for getting to Olympia from Athens is to take one of the many sightseeing tours available out of Athens.

Half Day to Ancient Corinth

The prefecture’s capital is the region’s prominent administrative, commercial, financial and cultural centre. The city centre has wide roads, parks, squares and a picturesque port with fishing boats. Beautiful pedestrian walkways entice the visitors for a stroll, a coffee and shopping, with monuments, museums and historical sites surrounding the city.

The settlement dating to 5000 B.C that was discovered in the Korakos region is testament to Korinthos’ habitation since the Neolithic Age. In antiquity Korinthos was one of the largest and most important cities in Greece. It played a significant part during the Peloponnesian War and after 200 B.C it became the capital of the Achaean Confederation. Under Julius Caesar it was elevated to the capital of the Achaia province. During the middle Ages it was associated with its impressive fortifications at Akrokorinthos (Acrocorinth).

Reservations made with early booking or last minute offer cannot be amemnded or cancelled.

Our Customer Service Department is responsible for handling any matter that was not solved by a Sales Agent.

In Order to contact us and work on your request you must provide us with the below information.

Free of charge cancellation for short tours(one day and half day) up to 48 hours before the servive begins.

Once you receive your booking you will be given an option date to pay your reservation within 3 days. This does not apply to bookings made 7 days before arrival or departure. 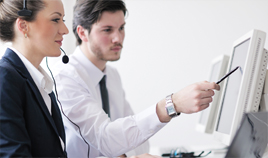