Sanctuary of Asklepios at Epidaurus 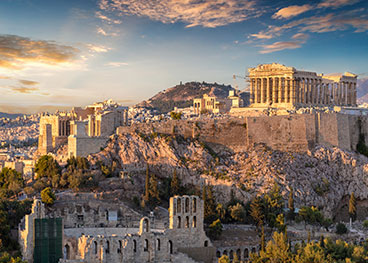 Epidaurus is one of the most important archaeological findings reflecting the splendour of Greek culture through its imposing beauty. Its ancient town stands on Argolian land, overlooking the Saronic Gulf. The mountain heights of Arachnaio, Koryfaio and Tithio form a natural perimeter which embraces the town, protecting from the winds and giving it an exceptionally mild climate. Clear running waters, beautiful natural landscapes and beneficial climatic conditions served to create the ideal place for healing of man with the power of the gods. The Asklepieion at Epidaurus gained fame throughout the world for its unique healing practices as it was undoubtedly the greatest of the theurgical sites in antiquity.

Epidaurus – a journey in the land of Asklepieion

It is said that more than 200 healing centres worked under Asklepieion’s authorization throughout the Eastern Mediterranean area. Today its monuments apart from being recognised as masterpieces of ancient Greek art they are also standing proof of the practice of medicine in antiquity. They illustrate the medical evolution from the time where it was believed that healing depended on God to the time where it developed into science based on a systematic knowledge through accumulative experience.

Asklepios’ worshiping, son of Apollo and Koronis, granddaughter of King Malos of Epidaurus, was established in the sixth century BC. Asklepios, protector of human health and personal happiness, was a very popular deity with an ever-increasing number of worshippers. The Sanctuary at Kynortion was quickly overwhelmed by a great number of visitors, so a new sanctuary was founded in the plain, approximately 1 km northwest of Kynortion Hill, on the site where, according to the myth, Asklepios was born. The two sanctuaries, one dedicated to Apollo Maleatas and the other to Asklepios, were subsequently known under the common name of Sanctuary of Apollo Maleatas and Asklepios.

During the fourth and third centuries BC buildings were erected in both the mountain and plain sanctuaries; the Classical temple, the altar of Apollo, the Great Stoa, the priests' residence and the Temenos of the Muses in the former; the Temple of Asklepios, the Abaton, the Tholos, the Theatre, the Stadium, the Banqueting Hall and the hostel in the latter.

The Asklepion flourished again in Imperial times and particularly in the second half of the second century AD, when the Roman consul Antonine financed the refurbishment of old buildings and the construction of new ones. During this period, Pausanias visited, admired and described in detail the sanctuary and its monuments.

Excavations began in 1881 under the guidance of Panagiotis Kavvadias, who devoted his entire life to his beloved Epidaurus. The Sanctuary of Asklepios at Epidaurus was added to the UNESCO List of World Heritage Sites in 1988. 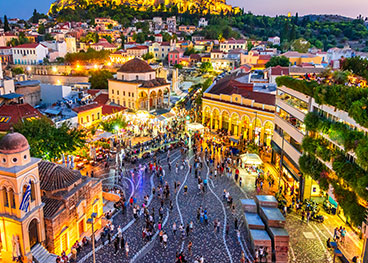 Archaeological evidence give us proof that Asklepieia offered in antiquity what we nowadays call holistic health care. The therapies and treatments practiced by the mystic-physicians were extremely sophisticated. Centuries of observation of nature, the human body and the interdependence of mental harmony and physical health created a complex medical context for healing, which proved extremely effective.

On the site of ​​the imposing Asklepieion the existence of an even older sanctuary and healing centre has been confirmed, which was dedicated to a female fertility goddess. Later Apollo was worshipped on the same site, also as a god of healing, until Asklepios, who was thought to have been born in Epidaurus, took over divine responsibility for medical care. Over the years the accumulated experience of the priests, together with the effective synergy of the incomparable climate and natural surroundings of the land of Argolis, led to highly successful medical treatments. This resulted in a veritable swarm of visitors seeking treatment, not only from within Greece, but also from countries far away. 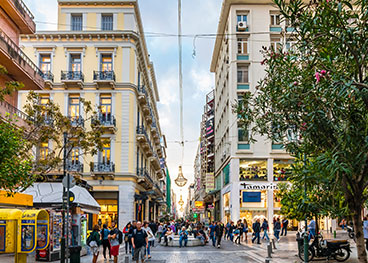 Therapeutic treatment of the spirit, body and soul

Each activity which took place at Epidaurus was designed to harmonize the mind, body and soul. The theatre of Epidaurus, this miraculous shell-like structure with its amazing acoustics and harmonious architecture, was a place where visitors could attend performances and "escape" from their small, debilitating everyday problems. Music, theatre, and the reading of philosophical texts prepared the soul to achieve the ultimate healing of the body.

The patient, after the necessary cleansings and having reached a calm and mentally relaxed state, was led to the main therapeutic area, the Abaton. This was a mysterious dome shaped structure, with mystagogical corridors and complex circular mazes. The architecture of Asklepieion is still remarkable today. The building was circular, referencing the safety and security of the maternal embrace. The layout of the sanctuary served to focus the concentration of the patient and draw strength from his inner world.

This preparatory stage was followed by the main healing phase, known as enkoimesis a gentle non-invasive method, which nevertheless proved very effective. During sleep, the person allowed himself to dream of the god, who would visit him in the inner sanctuary, offering the healing treatment that was needed. The mystic followers of Asklepios guided the dream experience with appropriate interventions in order to create the best outcome for the patient. In 1883, 70 inscriptions, providing epigraphic evidence, were found - the so-called iamata or remedies, which indicate many successful treatments for a wide range of ailments.

The Sanctuary of Asklepios at Epidaurus, its peaceful natural surroundings influenced by its primitive and mysterious place in history, invites us to explore the forces of nature and those within ourselves.